Vizianagaram, Jan.2 (Maxim News): Andhra TDP leader Nara Chandrababu Naidu today Slams Chief Minister YS Jagan Mohan Reddy over the issue of the desecration of a Idol of Hindu deity Sri Ram at a temple. He alleged that the CM He failed in prevent the unfortunate incident.

Speaking to media persons he claimed no Such incident involving attacks on mosques and churches had taken place during his rule. He asked the CM if he did not have the responsibility to protect the idol of the presiding deity of the Hindus , Sri Ram, who is being revered across the country now. He alleged Jagan was responsible for the destruction of the existing law and order in the state. He claimed that Rama Rajya was witnessed during the rule of former CM of the state NTR.

Naidu also targeted the state police and asked if they were playing any games instead of protecting the law and order in the state. He warned the police that they would be forced to flee if the people of the state rebelled against them. He warned the ruling YSRCP leaders that he had so many such leaders in his political career. Naidu alleged that the attacks on 127 temples of the state were taken place so far in the state under the ruling YSRCP rule. (Maxim News) 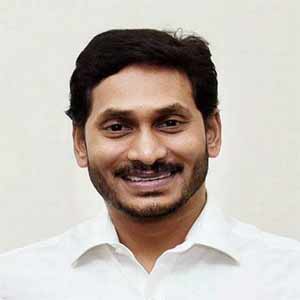 Kishan Reddy appointed as observer for Karnataka, to observe the…

Institution with an Effective academic leader can flourish: Prof.…