Surat: Fifteen labourers, sleeping near the road, were crushed to death this morning by a truck in a tragic incident near Gujarat’s Surat.

The incident took place early this morning near Kosamba village, around 60 km from Surat, police said.

A dumper truck ran over the sleeping labourers on the Kim-Mandvi road killing 12 on the spot.

Some injured labourers have been taken to a nearby hospital. Three of the eight injured died during treatment taking the total fatalities to 15, police said.

C.M. Jadeja, deputy superintendent of police at Kamrej division of Surat, said a truck collided with a tractor loaded with sugarcane and then the driver of the truck lost control. He drove on the pavement where the labourers—all belonging to Banswada, Rajasthan—were sleeping.

Prime Minister Narendra Modi took to Twitter and said that the loss of lives due to the truck accident in Surat was tragic. While praying for the recovery of the injured, he announced that Rs 2 lakh ex-gratia would be given to next of kin of those who lost their lives and Rs 50,000 would be given to the injured.

Gujarat Chief Minister Vijay Rupani too announced an assistance of Rs 2 lakh by the Gujarat government to the next of kin of those killed.

The tragedy in Surat, where labourers from Banswara have lost lives is heart wrenching. Rajasthan govt will be providing Rs 2 lakh compensation to family of the deceased & Rs 50,000 to those injured from CM Relief Fund.

Rajasthan Chief Minister Ashok Gehlot has also expressed grief over the death of the labourers. 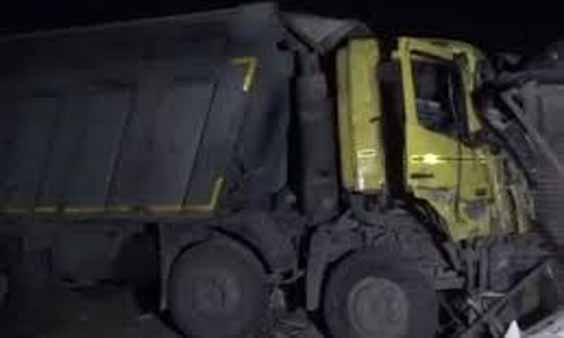 Himanta Biswa Sarma To Be Next CM of Assam

Corona Curfew in UP Extended Till May 17

Lockdown Imposed in Puducherry From Tomorrow

Lockdown in Delhi To Be Extended Till May 17