Here’s an important announcement for all the motorists those who own a car any other four-wheeler. The Central Government brought a new rule which will come into effect from today. The government has made the use of FASTag mandatory across all toll plazas on the National Highway network from February 15 (Monday) midnight. Vehicles not fitted with them will have to pay double the toll charge, said the Union Ministry of Road Transport.

“It has been decided that all lanes in the fee plazas on National Highways shall be declared as FASTag lane with effect from the midnight of February 15,” it said. As per National Highway Fee Rules 2008, any vehicle not fitted with FASTag or any vehicle without valid, functional FASTag entering into the FASTag lane of the fee plaza shall pay a fee equivalent to two times the fee applicable to that category, the statement said.

The government had earlier made FASTags mandatory for motor vehicles from January 1 but deferred it to February 15. The ministry also sought support from all enforcement agencies across states to implement the mandatory use of FASTag.

Road Transport and Highways Secretary Giridhar Aramane said that the usage of FASTag has led to a reduction in waiting for time, fuel consumption and pollution at toll plazas. Earlier, the National Highways Authority of India (NHAI) had decided to do away with the minimum balance requirement in FASTag wallets. 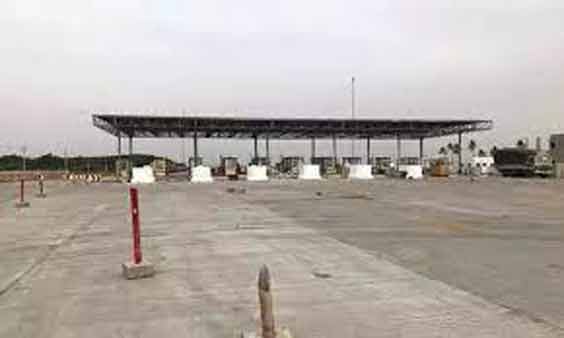 With more than 2.54 crore users, FASTag contributes 80% of the total toll collection. Daily toll collection through FASTags has crossed the Rs 89-crore. According to the NHAI, two crore eligible vehicles… four-wheelers and bigger vehicles are yet to be fitted with FASTags.

BJP Will Return With Massive Majority in UP: Amit Shah